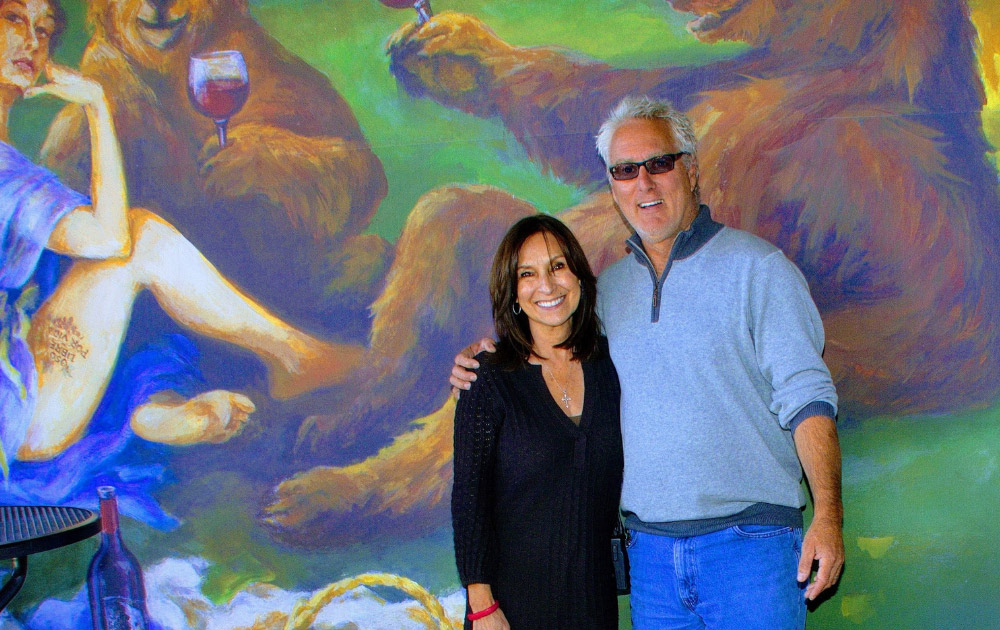 Having founded Behr Building Inc., Linda and Chris Behr knew how to build stuff, but they really didn’t know much about growing grapes or making wine. That didn’t stop them from purchasing 90 acres of undeveloped land in the Adelaida AVA of west Paso Robles in 1996 with the goal of eventually migrating from Los Angeles to the Central Coast. Their plan took a giant step forward in 1996 when they dug a well, built roads and fences, put in irrigation, laid out blocks, planted vines and constructed a winery. Nine years later, they built their family home on the property. After years of learning how to grow fruit and make wine, they opened their tasting room in 2009. Their 15-acre vineyard was SIP Certified in 2012. In addition to kids, grandkids and Aussies, the Behrs have a small herd of pasture raised estate Angus cattle that meander and mosey – as cattle are wont to do ‑ on 65 acres of pasture.

“After quixotically chasing windmills, we built our own.”