Passion in the Process 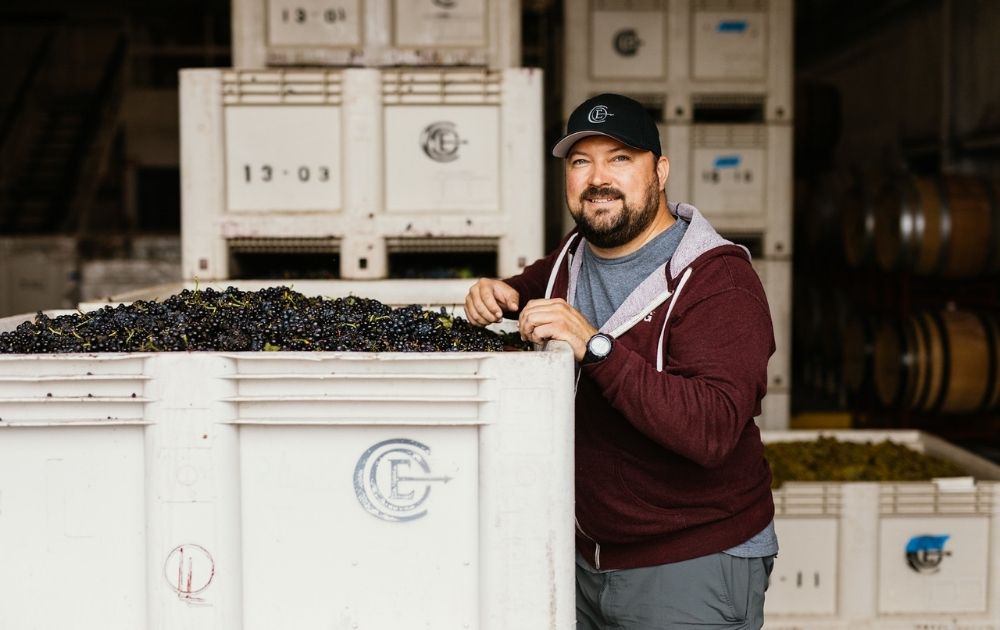 Nathan Carlson fondly remembers when he was a child, his father sowed a field of wheat by hand, threshed the grain on a tarp, ground it up and the family eventually made bread from that harvest. It was one of the first times that Nathan came to appreciate the process of creating, especially when it comes to foods. “I love to see how the process unfolds be it something like fermenting bread, developing flavors in food, and obviously making wine. I love learning and understanding how these things happen and not taking the process for granted.”

Gardening, baking, and cooking are a huge part of Carlson’s life and he was drawn to these process-driven activities beginning in college where he began a career in the restaurant industry. Being exposed to talent and passion on a daily basis, he learned early in his life that, as he says, “Quality is different from expensive ingredients. You can have truffle this and caviar that, but the food is more interesting when you have a story behind it and there’s a story of its evolution and where all of the ingredients originate from.” He sites Paella as a dish he is especially excited about; from the regional rice used to make it to the mountain game and other Valencia, Spain specific ingredients, the story of the area is told in one recipe.

Carlson’s restaurant career took him from the US Virgin Islands to Minneapolis and eventually to Citronelle where he was able to watch Chef Michel Richard interpret how French food could be reimagined into California-style cuisine. From there he worked at Stonehouse in Montecito where he came to understand the process surrounding service and care in the fine-dining world.

With a breadth of experience in fine dining and restaurants, Nathan eventually transitioned into wine where he delights in a career where you can absolutely see progress in your work.

“It’s really rewarding in wine to see your work culminate in a finished product and you have a real sense of the seasons.”