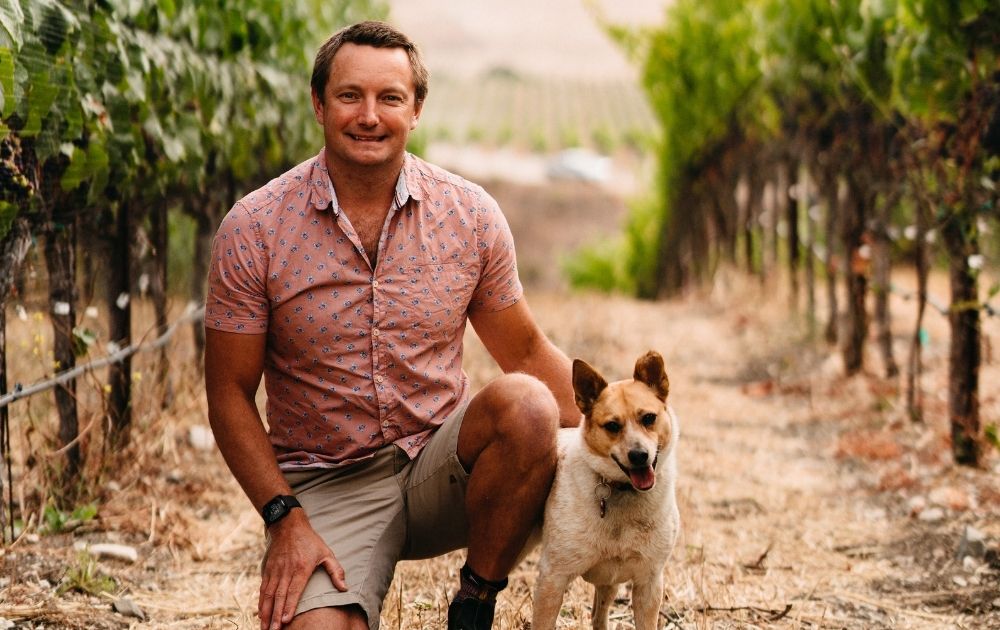 The old adage says “every picture tells a story,” but for Chamisal winemaker Fin Dufresne, the stories lie in the rocks. Originally from New Zealand, Fintan’s undergraduate degree from Victoria University of Wellington is in Geology and shapes the way he sees the physical world. Fin’s background is rooted in both wine and oil which he points out are “two very expensive liquids,” but after a stint working on a rig in Denmark, he stopped off in California to work a harvest and subsequently fell in love and made California his permanent home.

When he’s not making wine, Fin enjoys time in the great outdoors with his family and mentions that he oftentimes points out the story the geology tells about the landscape. He cites Carrizo Plain as a fantastic location where you can stand on a faultline and see the creek coming out of the mountain offset from the fault. With a unique perspective on the physical world, carving out time to talk with Fin about geology is time well spent.

Talking with Fin about sedimentary geology is an unexpected and welcome lesson in the history of the earth. As he speaks, one cannot help but be transported to a prehistoric Earth and a time void of humans and rife with ancient and untold life.

“I love to look at landscapes and make an analysis of how they were formed because of the environmental story you can get from the rocks. You can tell the depth of deposition, the velocity of water, what the parent rocks were.”